Visiting Australia and preparing for the Second Coming

In the January 2020 Ensign, President Ballard wrote this:

The Lord is now preparing the world for His Second Coming, just as He prepared the world for the Restoration of His eternal gospel.

I'm wondering what that looks like. Does it have anything to do with the reality that everywhere in the world, people are becoming more prosperous, kind, loving, and happy? That's what the statistics show, and anecdotally I've observed these trends everywhere I've traveled over the last several decades. 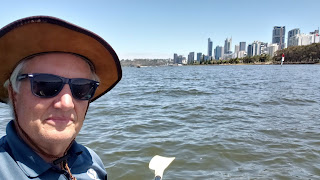 I'm spending some time in western Australia right now. When we're not exploring new areas, I'm golfing every day and working on another book. Perth strikes me as one of the very best cities in the world in terms of livability, safety, harmony with the environment, emphasis on health and fitness, and generally kind people.

There are problems here, no doubt, arising in part from rapid economic and population growth in the context of cyclical trends for mining and other industries. But this city is exceptional in many ways.

There are about 15,000 LDS members in Western Australia in 4 Stakes and 1 Mission, all centered in Perth. Perth also has a temple. The LDS population is 0.62% of the total population of  the area (2.4 million inhabitants).

We attended a wonderful ward here last Sunday. I visited with the missionaries and a local member. I also visited with some of the workers at the temple. The results: pretty much the same as everywhere we travel. Awesome people, blaming stagnation in the Church on people being too comfortable in their lives to change their beliefs. 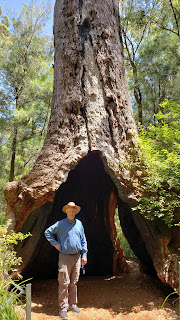 Branches are smaller, so allocating members proportionately to wards and branches would mean there are at least 750 members per average ward here (assuming the membership numbers don't include a large "unknown" file). There were about 125 in attendance Sunday. I was told that the other ward that shares the building is "much smaller." One of the missionaries had recently been transferred from a small branch that had only 2 youth after one family moved away.

Twenty years ago, the average membership per unit was around 350. Generally, high per unit numbers mean high inactivity. (For example, in Chile, there are around 1,000 members/unit.)

I pointed out in another blog that, according to census records, the largest religious affiliation in Perth is None, followed by Roman Catholic, Anglican, Buddhism, Islam, and Hinduism. LDS come in 26th place, at 0.3%. This is well below Jehovah's Witnesses and Seventh-day Adventists.
_____

All of this leads me to ponder what it means to say the Lord is preparing the world for his Second Coming.

President Ballard's awesome message about the preparation for the Restoration doesn't mention the Internet. We all know how much the Internet has connected people around the world. The other day we met a young man from Canada who lives near Ottawa. He was on a two-week "round the world" trip, stopping in every continent except Antarctica. We had lots to discuss because I've visited every place he's going, except for one city. He also wanted to hear about the week I spent in Antarctica.

The people in whose home we're staying are currently spending a few months in Germany. A guy I went golfing with a few days ago trades homes with people from around the world.

Everybody is connected, it seems, and that helps explain why people everywhere are more understanding, patient, and loving. Old prejudices are fading as people get to know one another. Language barriers are overcome with AI-driven translators everyone has on their phones. With some exceptions, everyone is tolerant and respectful of others' religions and cultural practices.

In my view, people everywhere are more prepared than ever to accept the Gospel. Then what accounts for the stagnant growth and activity?

We'll discuss this more in upcoming days and weeks.