Tuesday, February 4, 2020 at 12:00pm
(Time is approximate due to sea and weather conditions)
FORT LAUDERDALE, Fla., Jan. 31, 2020 -- Coral Ridge Yacht Club is set to host replica Phoenician ship, Phoenicia for its first U.S. landing after a five-month voyage of over 6,000 miles. The voyage is part of the Phoenicians Before Columbus Expedition, designed with the help of the US-based Phoenician International Research Center, to show that Phoenician ships could have crossed the Atlantic over 2,000 years before Christopher Columbus “discovered” the American continent. 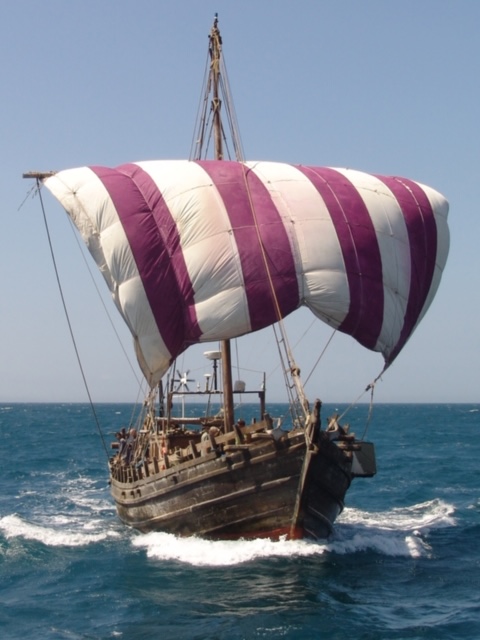 The Phoenicia began its voyage from Carthage, Tunisia on September 28, 2019. After sailing from Carthage to Cadiz, Spain, Essaouira, Morocco and Tenerife in the Canary Islands, the ship left the Old World on November 23, 2019 and safely reached port in the Dominican Republic on December 31, 2019, having crossed the Atlantic Ocean using nothing but wind, current, sail and compass.
The Phoenicia will make landfall on American shores Tuesday, February 4, 2020, docking at Coral Ridge Yacht Club in Fort Lauderdale, Florida (2800 Yacht Club Boulevard). Viewing of the landing is open to the public. To reserve a space, call Coral Ridge Yacht Club at 954-566-7886.
“We are honored to host the Phoenicia and its crew at Coral Ridge Yacht Club, and to be part of this exciting moment in history,” said Commodore Pru Lewis. “We are also excited to welcome the local community to our Club to view this magnificent ship.”

The Phoenicia is a traditionally-built replica of a Phoenician merchant vessel, based on a 600 BC design. British Adventurer and Expedition Leader, Philip Beale FRGS, captains the Phoenicia, sailing with a multi-national crew with representatives from the United States, Lebanon, Tunisia, United Kingdom, Norway, Holland, Brazil and Indonesia. Amongst the crew is filmmaker Yuri Sanada from Aventuras Produções, Brazil. He is documenting life on board as well as the challenges the Phoenicians were likely to have faced.
According to Greek geographer and historian, Strabo, the Phoenicians traded and settled along the East Atlantic coast, prompting Beale’s belief in the likelihood that the Phoenicians would have attempted to sail West in the hope of discovering more lands. Beale commissioned the building of the Phoenicia ship 12 years ago. It was traditionally built in Syria and its design was based on the wreckage of the Jules Vernes 7, discovered in the Mediterranean in the early 1990’s. The Phoenicia is believed to be the only replica of its kind in the world. Having already circumnavigated Africa in the First Phoenician Ship expedition (2008-10), Beale was once again at the helm for the cross Atlantic challenge; reiterating his passion for the seafaring Phoenicians. 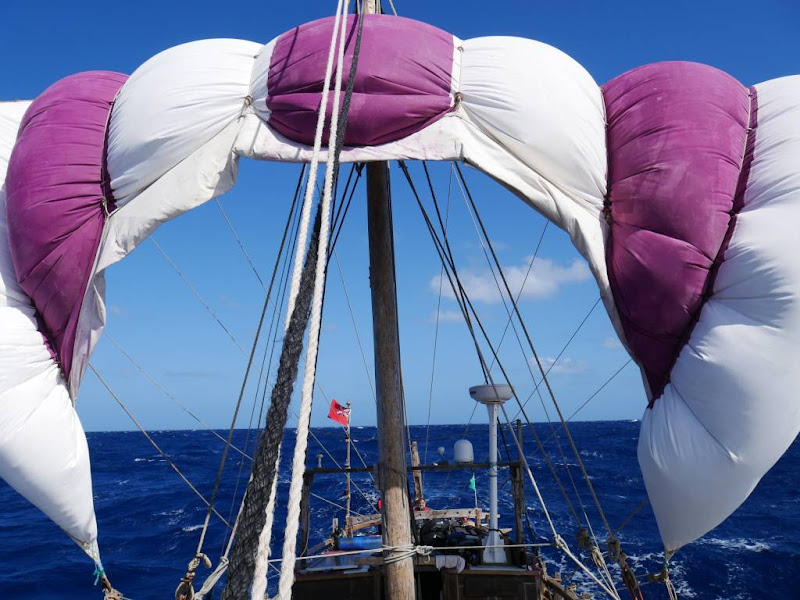 The Expedition has been endorsed by the Ministries of Information and Tourism of the Republic of Lebanon and received support, expedition supplies and services from numerous organizations in the Republic of Tunisia, prior to the launch of the Expedition from Carthage, Tunisia in September 2019. The Expedition is part of the United Nations Environment ‘Clean Seas Campaign’, taking daily water samples to measure micro plastic levels and raising awareness about plastic pollution in the ocean.

A wide international following has already grown for this unusual and inspired endeavor. Some believe the Phoenicians made it to the Americas and look for genealogy and archaeological evidence there. Beale is focused on highlighting their engineering and maritime skills and hopes that one day his work will contribute to wider archaeological findings to inform a bigger Phoenician story. Phoenicians Before Columbus is approved by the UK’s Scientific Exploration Society and the expedition is the proud recipient of the 2019 Captain Scott Society’s ‘Spirit of Adventure’ Award.

The journey across the Atlantic from Tenerife to the Dominican Republic took 39 days, a distance of some 3,700 miles. From the Dominican Republic to Florida, the journey of 1,000 miles will take 12 days. Once completed, the total voyage from Carthage, Tunisia to Florida will have covered over 6,000 miles, taking five months to complete.
For more information or media inquiries, contact:
Roz Alford, Coral Ridge Yacht Club
Cell: 404-580-0387
Email: alfordroz@gmail.com

ABOUT CORAL RIDGE YACHT CLUBFor over 70 years, Coral Ridge Yacht Club has beckoned to those who love the water, enjoy an active social life and who desire living life to the fullest. Established in 1947, the Club is located on Florida's famed Gold Coast along the Intracoastal Waterway and offers an escape into a tropical paradise. Mingling the traditions of old-world elegance with fun, fellowship and relaxation, this charming haven offers the magic of the true South Florida lifestyle, including award-winning cuisine, picturesque landscapes and an abundance of social activities and entertainment.
Posted by jonathan3d at 7:30 AM